Here’s a sneak peak of one of Austin Americana’s most recent downtown engagement photo sessions with a cute couple who are getting married later this year. Like many subjects I have the pleasure of working with, they were lots of fun to photograph, frequently smiling and laughing, and requiring very little posing on my part. They wanted to add some excitement to their photos and so they dressed things up Texas style with boots for her and a tie for him. They also were dying to do a “jumping” shot in the street downtown. Who doesn’t like a little adventure and danger in their life?! 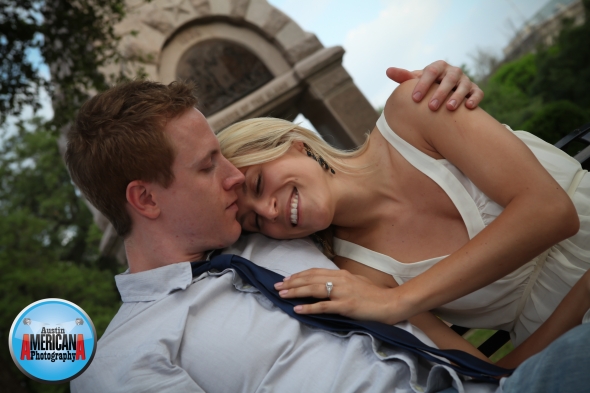 Ever Been Asked To Snap A Photograph, While Being Photographed?

So What do you do if you are a newly engaged couple who’s soon to be married, you’re out at the Austin Capitol (downtown Austin) having your wedding photographer shoot your engagement photos and someone approaches you and asks you to snap a picture of them? Well this is the funny situation that occurred recently as I photographed a couple’s engagement session downtown at the Capitol. Both I and the couple that I photographed were caught off-guard as the new visitors to the capitol politely asked to have their photo taken. But to the credit of my engaged clients, they handled it with a laugh and lots of style, obliging the photo op request, even as it interfered with the romantic moments that I was attempting to capture of the two love birds together on the capitol grounds.

After shooting weddings and other events for a number of years, I’ve learned that as a photographer you never stop shooting, even if it seems like things have gone off track or things that are not planned are happening; And this event was no exception. I snapped the photo below of the groom-to-be snapping the photo as his fiance’ looks on. We were positioned at the south entrance to the Texas Capitol. And I have to admit that these unplanned interruptions sometimes make things more spontaneous and exciting! 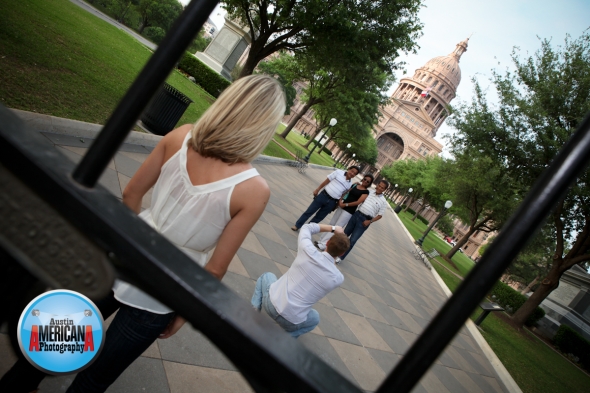