The annual Bride’s Choice Awards™ recognizes and celebrates excellence in quality and service within the wedding industry, as determined by recent reviews and extensive surveys from over 500,000 newlyweds.

Bride And Her Flower Girl

Martin Whitton Photography (Austin Americana Photography) is among the top five percent of all vendors in the WeddingWire community, which includes over 100,000 wedding professionals across the US and Canada. Awards were given to winners across 19 different service categories, from wedding venues to wedding photographers.

“We are excited to recognize and honor the success of the top wedding professionals within the WeddingWire Community” said Timothy Chi, WeddingWire’s Chief Executive Officer. “The annual Bride’s Choice Awards™ program has given us the unique opportunity to highlight the best wedding professionals in each region as reviewed by brides and grooms who have utilized their services in the past year.”

We are happy to announce that Martin Whitton Photography (Austin Americana Photography) is among the very best  Wedding Photojournalism within the WeddingWire Network, which includes WeddingWire and Martha Stewart Weddings. We would like to thank our past newlyweds for nominating us for the 2010 Bride’s Choice Awards™.

For more information, please visit our home at http://www.austinamericanastudio.com or our WeddingWire Storefront today athttp://www.weddingwire.com/biz/martin-whitton-photography-austin/c8d28d772f4cdf36.html 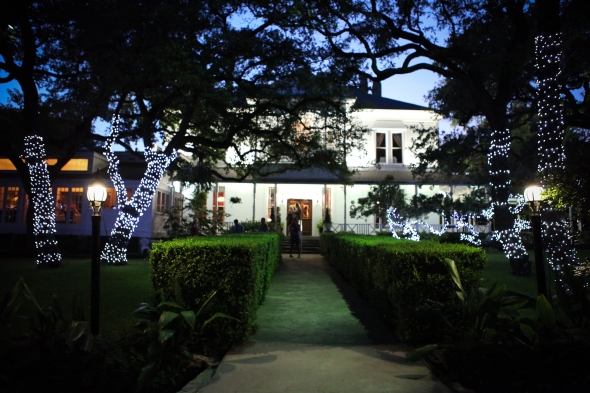 I know that I say it a lot, but I have a new favorite wedding venue in Austin: Green Pastures Restaurant. Now let me tell you why…

Green Pastures Restaurant (also known just as “Green Pastures”) is beautiful inside and out, it’s charming, it’s staff are the friendliest (really!) I’ve ever met and it’s quiet.

First, this historic home which hosts weddings, meetings and other events has been around for a long time. It was built in 1894 by Dr. E.W. Herndon. The legendary attorney John Henry Faulk (for whom the Faulk Library is named) resided there, as did a number of other families throughout the years. 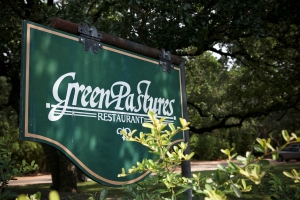 In 1946 the Koock Family turned the home into a restaurant and today it’s still known world-wide for it’s 5 star cuisine and service.

Not only can you enjoy fantastic food, but you’ll also feel like you’re on a southern plantation. The home is spacious inside and fitted with patios and covered porches overlooking acres of green trees, grass, gazebos, gardens and more. A number of peacocks roam the estate, including two rare male albino peacocks.

The bride and groom that I photographed at Green Pastures on wedding day got married outdoors, just behind the Green Pastures Home, beneath the shade of Oak trees. Since it was a little warm, as May and June in Texas frequently are, the reception was held inside the main ballroom of the house. There were many opportunities for great photos, such as when the bride descended the stairs in her gown, formal photos of the bride and groom (including the peacock!), the military sabers ceremony (also known as the Sabers Arch) as the bride and groom entered the reception as a couple for the first time and much more…

Bride Tries To Sneak a Peek at Her Groom

Martin Whitton is a passionate wedding photojournalist who lives and works in Austin, Texas. Email your questions to him at martin@mwwphoto.com.